Every forex trade comes with a risk, but the reward can be significant at times. But sticking with too high of a risk can be dangerous, even if it means there’s a chance that someone could get a substantial profit on a trade.

A successful trader will always complete a full analysis of the risk and reward of a trade. These factors require planning, as they can work based on whatever forex trading strategies one follows. The trader must review a risk-reward ratio to see how the trade can work and what one could earn from such a move.

The Difference Between a New Trader and a Successful One 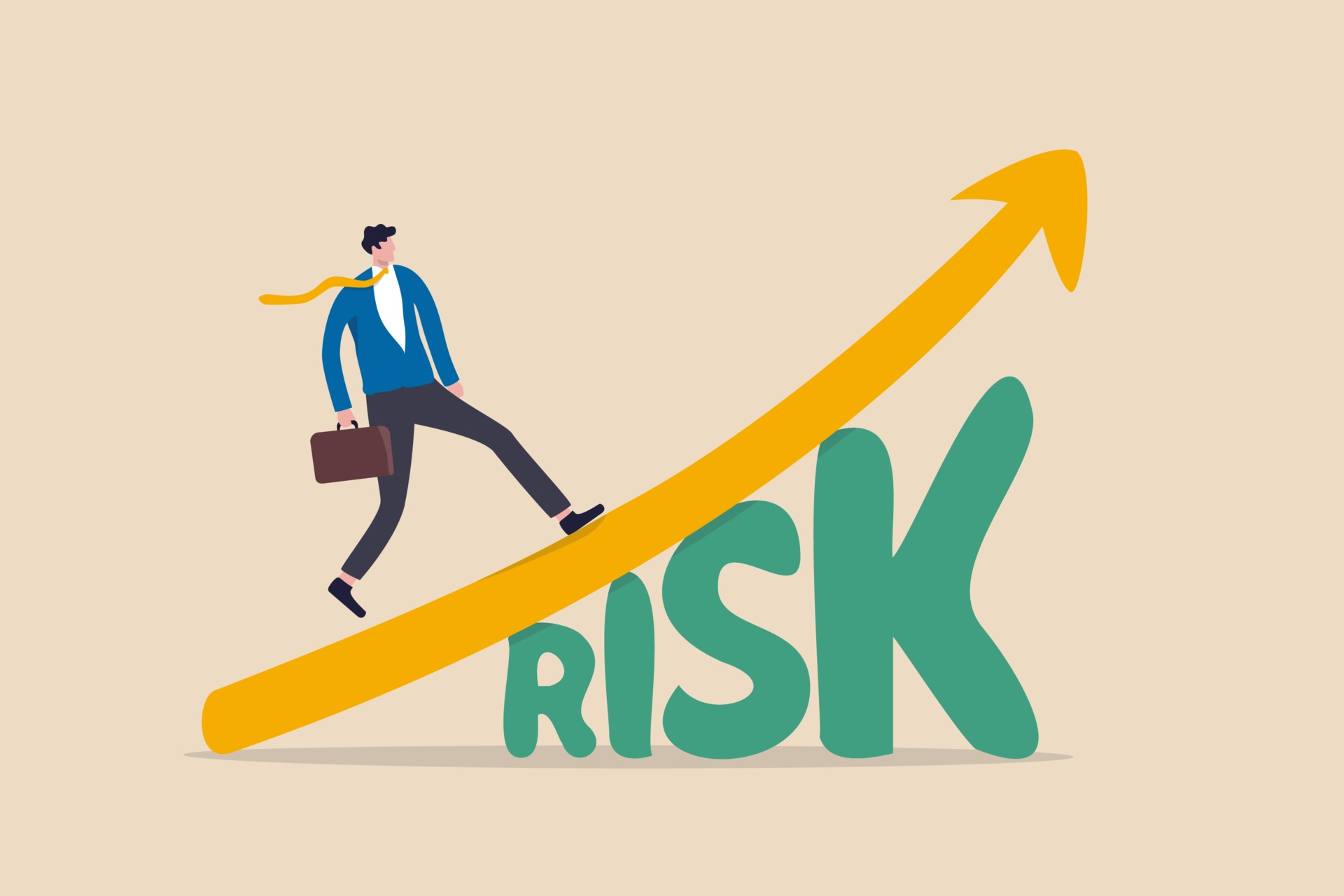 Successful traders often use the risk-reward ratio to review their potential trades. Experienced traders will review their entry points, stop loss totals, and other factors when planning their moves. They want to ensure they know everything about a currency before trading, as they want to bring in the most rewards while staying effective.

Newer traders often figure they can look at entry points and find what they think are the best times to enter. They often plan their stop losses after opening a trade. But some might never consider stop losses, as they might be led to believe that a trade will remain profitable. New traders don’t consider how they might plan their trades, thus leading them to fail.

Those who have been around more understand how trades work. They can plan sensible stop losses and establish a risk-reward ratio for each trade.

What Is the Risk-Reward Ratio? 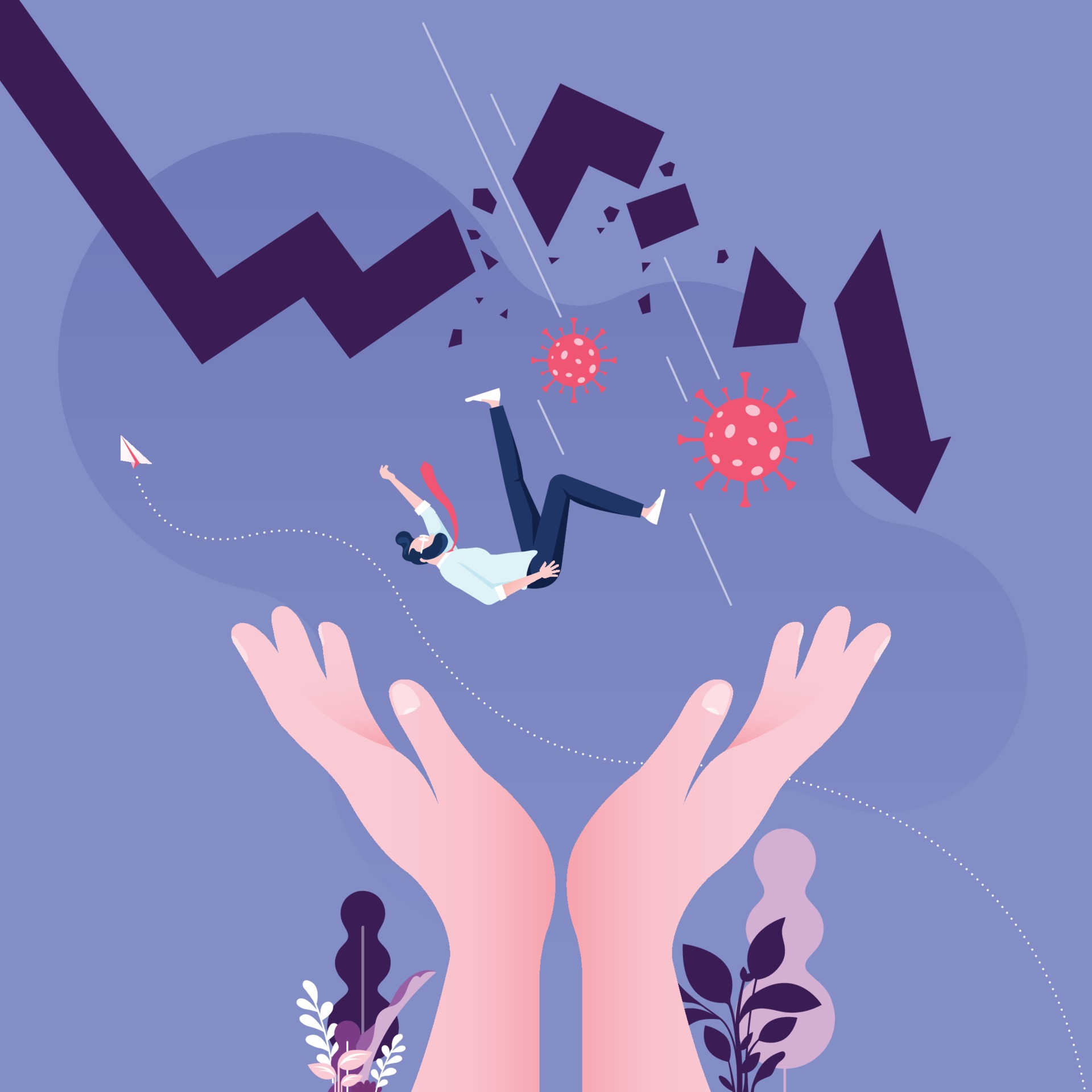 The risk-reward ratio is a measure of the distance between these two points:

A trader will review the possible profit of a trade when it goes in one direction, plus the loss for when it doesn’t work well.

Traders often calculate the risk-reward ratio over how much someone is spending on a trade and where the deal will move. The trade is a measure of how much of the total account balance one spends on a deal. When there’s a higher percentage of the total balance involved, the risk is greater.

Traders can also use automated programs to determine the risk-reward ratio. The measure can work over how many pips will move in a trade.

The trader will find a suitable risk percentage based on one’s balance or the equity in one’s account. The margin for a trade may also factor, although not all deals come with margins.

The risk-reward ratio calculates what a trader could potentially earn from a deal. The trader could use this to figure the best and worst-case scenarios of a trade. The effort helps determine if a trade is worthwhile or if someone should avoid going in that position.

There are a few disclaimers to note surrounding the risk-reward ratio:

A trader can calculate the risk-reward ratio for forex trades by taking the reward and dividing it by the risk. The risk is the first number in the listed ratio, with the reward coming after. Here’s an example of how such a trade can work:

In this trade, the trader is willing to risk 50 pips for a profit of 100 pips.

Now let’s say that the trader completes ten trades with a 1:2 ratio with a risk of 50 pips each, while only half the trades as successful. The trader will lose 250 pips on those five losing trades. But the trader also gets a 500-pip profit on the five winning ones. Therefore, the trader attains a 250-pip overall net gain.

The 1:2 ratio shows that the trader will be successful even if only half of these trades will work and succeed.

The risk-reward ratio can also be used in the account management process. The account holder can calculate the ratio with a percentage of one’s account balance.

For example, the trader wants to complete a trade with an entry price of 1.155. The trader will prepare a stop loss where that person can risk 2% of an account to get a 4% profit.

Now the investor must prepare the lot size for the transaction. There should be a suitable number of lots for the trade for it to work well. The trader can plan the lot size with this process:

The measurement allows the trader to risk 2% of one’s account to get a profit of 4% on a trade. If that trader plans ten trades, the account can grow by 10% if that person gets a profit in exactly half of those trades. 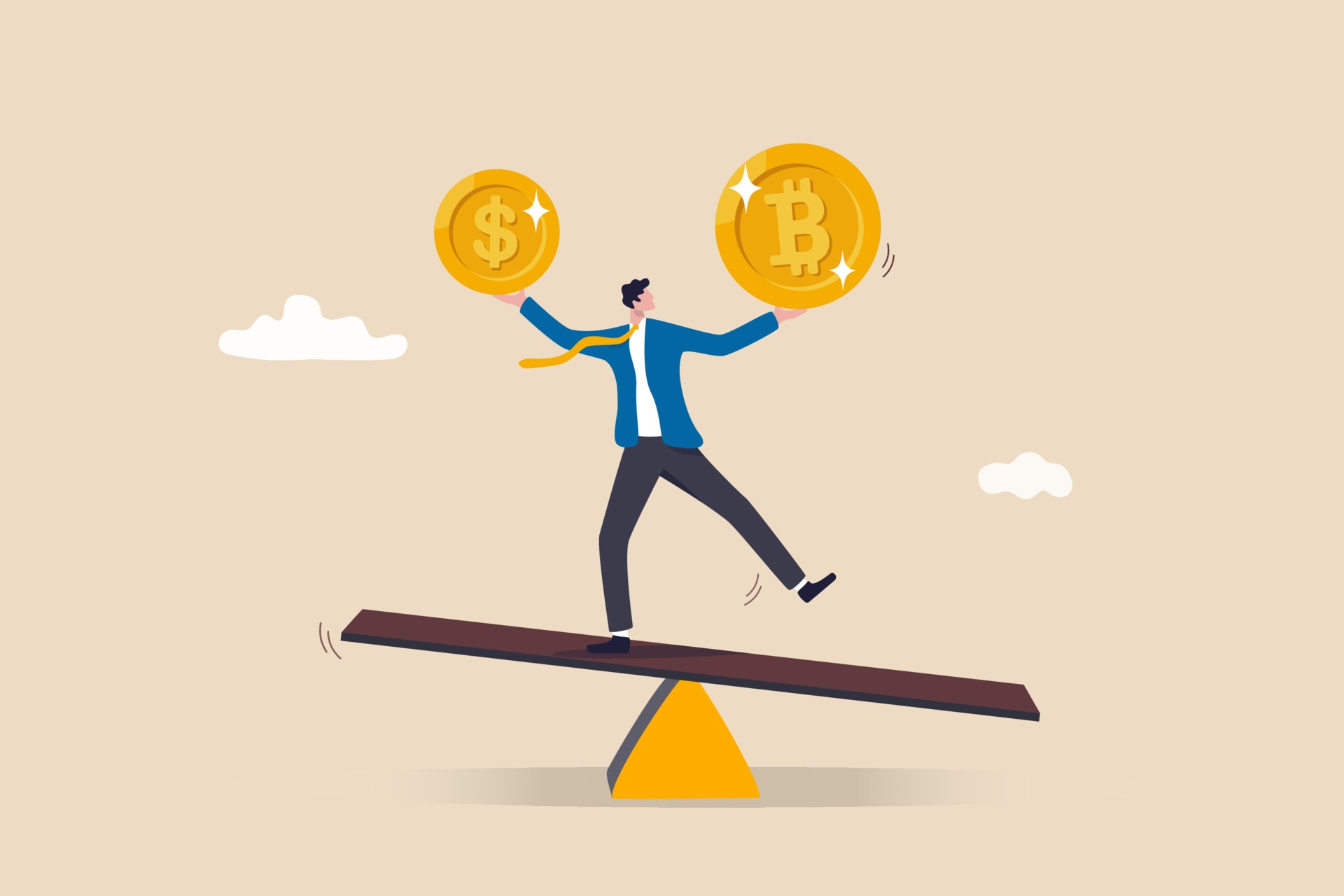 It is impossible to try and figure, what the best risk-reward ratio can be when finding a sensible solution for trades. A trader could trade 1% of one’s balance to get a 2% gain, but it will take a while for the account to grow in value. But a trader could also trade 5% for a 10% gain, but the risk may be too dramatic and could be worse if the trader isn’t lucky enough.

All traders should look at how much they are willing to risk when finding a work plan. Regular analysis helps investors see what works when getting in the field. An analytical process will help a trader look at the right trading plans and the best possible ratios for work. Traders should also look at the markets and see what the best opportunities are for entering the field. It is easier for people to succeed when they find the right trading plans for work while staying within the ratio someone plans.

All investments hold some semblance of risk. You cannot get a profit on anything if you aren’t willing to risk money. But the return you get is equal to the risk you plan. You can get more money if you risk more, but the potential for losses can be substantial.

Be aware of what you’re doing with your trades when going somewhere. You don’t want to hold a losing position believing the loss will become minimal, as that might make things worse. Meanwhile, you cannot assume that a profitable trade will stay that way forever and that you can hold it long enough.

Watch your risk tolerance when trading, and think about how comfortable you are with certain moves. Complete your due diligence when seeing what’s on the market, and avoid completing trades that might not be as profitable as you wish. 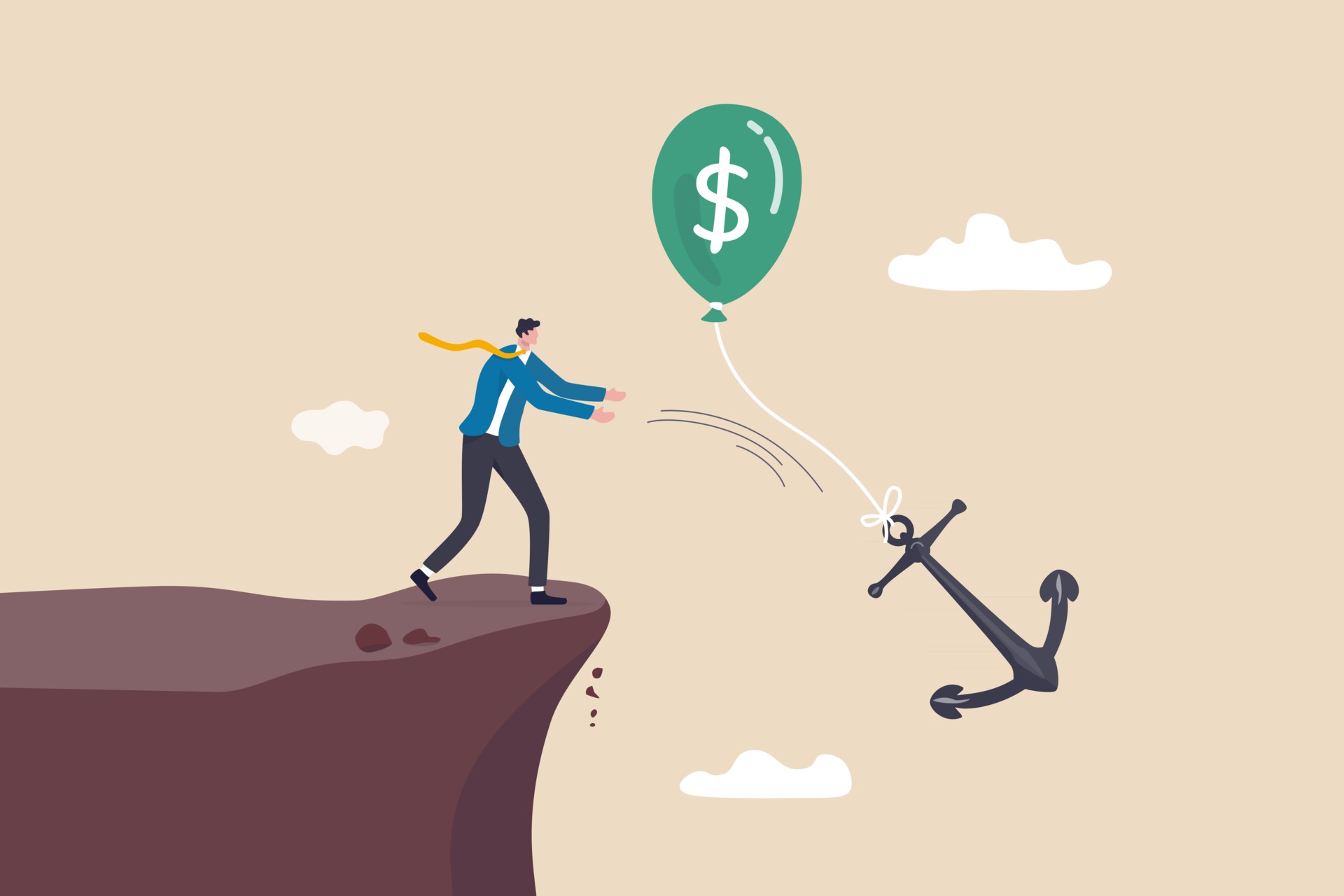 You cannot equally establish a risk-reward ratio for all trades you complete. You can look at the risks that come with your deals and plan something based on what fits your interests. Complete enough research on your trades to see what fits the most, but don’t be surprised if you find certain positions to be too risky than whatever you might be comfortable with managing.

The most profitable forex traders will often plan their trades well and be cautious when looking at what works. The forex market can change at a moment’s notice, so the need to find a suitable risk-reward ratio will be critical to one’s success.

You can use various trading tools to help you complete technical analysis to help you find the smartest moves around. The Doji Candle, ATR indicator, Bollinger bands indicator, and RSI forex indicator can all work for your needs. Some technical strategies can also provide a greater success rate than you might expect.

Whatever the case, watch what you’re doing when planning your trades. Be sure you know what works in your trades and that you have a smart plan in mind for how you’ll handle these deals.

Javascript not detected. Javascript required for this site to function. Please enable it in your browser settings and refresh this page. Contact us if you need assistance. Thanks